SETA D.C. Hosts Conference on Turkey and the Middle East under the Trump Administration

On January 19, 2017 the SETA Foundation at Washington D.C. hosted a conference entitled “Turkey and the Middle East under the Trump Administration.” The conference featured three panels with experts from both Washington and Turkey.

In the first panel, discussants focused the conflict in Syria, how it has affected the U.S.-Turkey bilateral relationship, and where it might go under the Trump administration. The discussants expressed expectations of deep changes in U.S. foreign policy under the Trump administration. Given the tension in the bilateral relationship between the U.S. and Turkey because of previous policies, the panelists highlighted the possibility for mended ties between the two countries.

Hasan Basri Yalcin warned that if the new administration maintains current Obama policies, Turkey will look for new partners and build more direct relations with both Russia and Iran, despite Turkish concerns about both of those countries. On the other hand, if the Trump administration is more assertive and forward in its actions in the Middle East, Turkey would welcome that and cooperate with the U.S. over Russia.

Sasha Ghosh-Siminoff pointed out that while the U.S. has provided some support, it has been intermittent and inconsistent compared to the consistent Turkish support provided to the Syrian opposition. He urged the U.S. and Turkey to cooperate, highlighting the success of previous collaborative efforts. He maintained that it will be important for the Trump administration to find a way to balance the needs and requirements of its traditional regional allies, the aspirations of the Syrian people, and the security threat emanating from the conflict when determining its policies.

Luke Coffey criticized the U.S.’ support for the YPG/PYD, noting that they are a “neo-Marxist” group and that it would “spark an outrage” if it were more widely known among the American public. He warned that current policy is divorced from the reality that support for the PYD is a major problem for Turkey and that it is like playing with fire. He called on the U.S. to work with its allies and counterterrorism agencies to prevent attacks by various terror groups.

The panelists also discussed the growing cooperation between Turkey and Russia. Yalcin suggested that cooperation between Turkey and Russia is not driven by any particular amity between the two nations, but because of Turkish security concerns and a lack of U.S. support. Siminoff argued that there is little chance that the cooperation seen in northern Aleppo will extend to the rest of Syria because of the underlying differences of interests the two countries have. Like Siminoff, Coffey asserted that Turkey and Russia share interests in Syria “like a customer and a robber share in a bank,” and that the partnership is unlikely to last in the long-term.

Ufuk Ulutas, Director of the Foreign Policy Program at the SETA Foundation, spoke about his book, The State of Savagery: ISIS in Syria. He wrote this book by doing a lot of in-depth interviews in Syria and border areas. He also talked to approximately 200 people, ranging from members of the Syrian armed opposition and the Assad Regime to ISIS militants. Ulutas asked ISIS militants in-depth questions about their reading of the situation in Syria, as well as about the organization. Ulutas asserted that it is almost impossible to fight against ISIS by military means only, and that it is necessary to fight ideology, which shapes ISIS’ military strategy. Ulutas noted the strong link between ideology and military strategy, and he explained that there are texts used by ISIS explain how to fight against an army.

Murat Yesiltas, Director of the Security Policy Program at the SETA Foundation, pointed out that ISIS is a strategic problem for Turkey. He argued that ISIS is systematically targeting Turkey by all means, using many different tools and techniques, and that foreign fighters are coming from other countries to use Turkish territory to join wars in Syria and Iraq. Yesiltas further stated that there is a radicalization threat in Turkey and highlighted that Turkey shares more than 1000 km of borders with Syria and Iraq. Yesiltas further noted that, from a Turkish national security perspective, Operation Euphrates Shield was necessary and a good example for Turkey, and other countries, to understand how states can operate in a joint military operation against non-state threat.

Yesiltas defined the two levels of Turkey’s struggle against ISIS: the national level and the domestic level. The national level includes foreign terrorist fighters, while the domestic level includes Turkish actions such as conducting large scale security raids at homes. This type of action shows the evolving threat of ISIS in Turkey. Turkey is also consolidating border security to prevent foreign terrorist fighters and has completed a significant number of portable walls at the border it shares with Syria. On the regional level, Operation Euphrates Shield was an important part of Turkish grand strategy.

Bassam Barabandi, Political Advisor at the Syrian High Negotiation Committee, asserted that ISIS is much more complicated than people think, noting that ISIS is working different angles, such as social media, and always benefits from conflict in the region. ISIS represents itself as Sunni power fighting for Sunni rights, noted Barabandi. He also stated that it is complicated to say that ISIS can be defeated by military means because its ideology cannot be defeated in the same way. World leaders need to think about loopholes so they can defeat ISIS forever. During the event, Barabandi asserted that those fighting against ISIS need to feel that it is their own fight and not like they are simply proxies for Turkey or the U.S. According to Barabandi, the Trump administration will be much more aggressive against ISIS and more willing to work with Turkey.

Kilic B. Kanat, Research Director of the SETA Foundation at Washington, D.C. noted there are two scenarios likely to occur: Trump will make most of the decisions and there will be an irrelevant cabinet for few years or Trump will have an active and challenging decision making mechanism where he asks people to come up with ideas and he picks the winner. Kanat said that key challenges for the Trump administration include: Iran, ISIS, the role of Turkey and Russia in Syria, and the high expectations of Trump in allied regions. Kanat noted that Trump’s cabinet picks have placed an emphasis on Iran and that there might be a more forceful approach to countering Iranian expansion and influence in the region. He further stated that the administration needs to keep the deal, but will have to to convince hardliners in Congress which could lead to confrontations. When it comes to the fight against ISIS, Kanat stated that Trump wants to do a lot in a short period of time. The big question is, who will partner with the U.S.?

Nicholas Heras, Fellow at the Center for New American Security, began his remarks by noting that there is going to be a fundamental Russia presence when it comes fighting ISIS under Trump’s national security adviser, Michael Flynn. The question is whether or not Russia can be a positive presence. Heras also called the armed opposition a source of “reserve manpower”, noting that if it can prove it is not radical Islam, the U.S. can use it as a force. He further stated that where the U.S. is now is not where the Obama administration wanted to be, explaining that the Obama administration wanted work with local partners, but underestimated the extent to which U.S. military power would be needed. During the event, Heras quickly noted that the Saudis are leading an intervention in the Yemeni conflict, in coordination with the UAE, Bahrain, Kuwait, Qatar, and a handful of non-Gulf states, which is not often discussed. He asserted that if the coalition were to be successful in Yemen, there could be broad support among Arab countries to launch an intervention in the Syrian civil war.

Hassan Hassan, Fellow at the Tahrir Institute for Middle East Policy, argued that instead of talking about Assad and no fly zones, it is important talk about the new realities. He noted that people are stuck on grand plans, but things on the ground have changed and so should the way people address relevant topics. Hassan said that groups fighting against ISIS are hesitant to work with Americans. He explained that many groups worry that if they get involved with the U.S., the U.S. will leave prematurely and ISIS will come after them. ISIS publishes materials that echo that rhetoric. Hassan agreed with Heras that the U.S already has a sphere of influence in the region that needs to be turned into a policy, noting that Russians have already accepted de facto American influence and safe zones. Hassam stated that ISIS could lose Mosul tomorrow, but the appeal of ISIS would not diminish, noting the importance of a long-lasting solution. After speaking with individuals close to the Trump administration, Hassam is hopeful that things will be better than they were under the Obama administration. 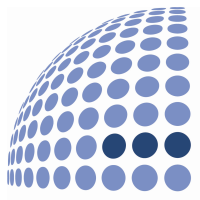 SETA D.C. Hosts Conference on Turkey and the Middle East under the Trump Administration